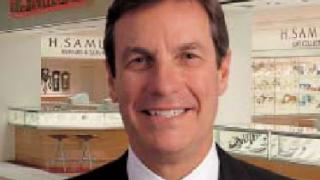 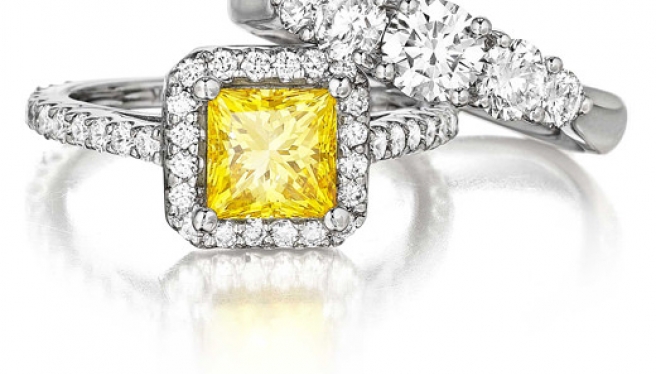 Two new high-profile developments in the world of synthetic diamonds by Gemesis Diamonds and the Royal Asscher company have served to put the spotlight on man-made diamonds and bid to show consumers how they can provide a lower cost alternative to increasingly expensive natural colored stones. At the Oscar ceremony in late February, Gemesis Diamond Company created a lounge for celebrities to view its colored diamonds. The privately-held international organization is a major global producer and distributor of gem-quality lab-created diamonds and jewelry. The stones are available in the purest Type IIa colorless and rare fancy yellow colors, which the company says have the same high-level cut, color and clarity, and the identical chemical, optical and physical characteristics of mined diamonds.

Former Gemesis CEO, Stephen Lux, said last year that "generally speaking, Gemesis lab-created diamonds retail for approximately 20-30 percent less than mined diamonds." founded in 1995 and much celebrated by local media and officials in the mid-2000s, uses machines that replicate the conditions under which diamonds are created in nature. The machines apply about 850,000 pounds of pressure per square inch and extreme heat to a tiny synthetic or diamond.

"It’s all in the name. By rebelling against the notion that diamonds are once-in-a-lifetime heirlooms, the brand wants to tap into a mindset that embraces diamonds as high-end accessories that can change from season to season. Rebel Chique plans to achieve this by focusing on the inherent advantages that man-made diamonds have over natural ones: they can be cultivated in colors and sizes very rarely encountered in natural diamonds.

"In other words, they offer a more personalized diamond experience whilst being chemically, physically and aesthetically (optically) exactly the same as natural diamonds – they only differ in the place of origin, and ultimately: they are affordable compared to their natural encountered ones.

"This opens a whole new world, the world of diamond jewelry as a unique fashion statement, or as Vogue stated on their Dutch website in their story on man-made diamonds: you can now buy “an affordable man-made diamond in exactly the same color as your Louis Vuitton dress.”

Royal Asscher says it is aiming to appeal to fashionable and independent women who put a high premium on exclusivity and want to wear jewelry that makes a statement. “Royal Asscher stands for gemological excellence and the magnitude of history and has the expertise and exquisite tradition,” says Rebel Chique founder Mike Asscher, sixth generation diamantaire. “And Rebel Chique opens a new world for a next generation of diamond lovers, tapping into an entirely new mentality and experience.”

It is something of an unusual departure for the Royal Asscher company, given its long history of manufacturing diamonds, including the Asscher cut. Joseph Isaac Asscher, already a famed artisan in the diamond industry, established the I.J Asscher diamond company, named for his son Isaac Joseph Asscher, in 1854.
Isaac Joseph entered the diamond industry and in turn he passed down his expertise to his two sons, Joseph and Abraham, who became two of the 20th century's leading diamond experts. The company is known as the Asscher Diamond Company, and the latest generation of members of the family who are managing it is the sixth. In 1902 Joseph Asscher upheld his father’s reputation for skill and innovation by designing the original Asscher cut. This emblematic cut was the first signature cut to be patented.

Royal Asscher is still owned by the Asscher family, a renowned diamond dynasty with a 159-year-old legacy. The Asscher Diamond Company became the Royal Asscher Diamond Company in 1980 when it was bestowed with the honor of a Royal Prefix from Queen Juliana of Holland in recognition of the company’s stature both in Holland and across the world. In 2011, Queen Beatrix continued the Royal Prefix for another 25 years.

The Royal Asscher is best known for cutting and polishing the Cullinan diamond which was discovered in 1907. The original stone weighed 3,106 carats and was presented to King Edward VII, who invited the Asscher brothers to London to discuss cleaving the diamond. It was decided that Joseph Asscher would cleave the Cullinan into three parts, necessitated by inclusions within the rough diamond. Nine large stones were cut from it, the largest being the 530.20 carat Cullinan I. 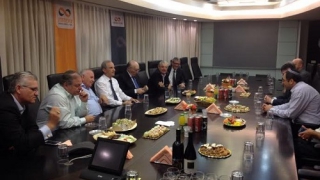 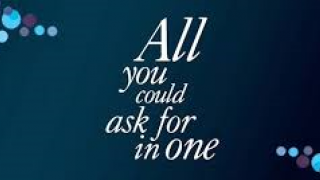 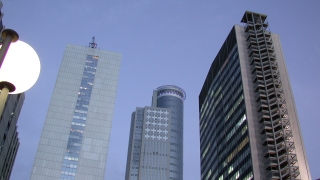