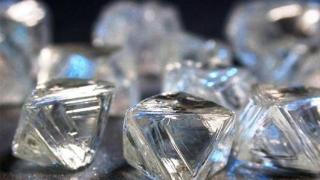 In the past five years or so, it has become fashionable to talk about "Tipping Points". In his book, The Tipping Point: how little things can make a big difference, author Malcolm Gladwell defines a tipping point as "the moment of critical mass, the threshold, the boiling point". It is, for example, the point at which a virus reaches critical mass, and turns from a manageable infectious disease into a full-blown epidemic.

Tipping points happen in every sphere of human activity. In politics and warfare, mighty empires, which first are attacked at the edges, eventually crumble as confidence grows among the rebels that they can defeat the Emperor. As rulers in the Middle East have seen this year, there is a point at which they can no longer rule their peoples through overwhelming force. And when that critical moment is reached, their days are numbered.

Similarly, in business, companies that once were mighty see their products lose relevance as leaner newcomers produce improved versions. Sales fall and the company joins the many other former giants in their field. Who would have thought a generation ago, for example, that we would ever stop needing Eastman Kodak films for our cameras? Today, in the digital age, the company is desperately trying to raise close to a billion dollars just to keep operating.

And in sport, the cycles of rise, decline and fall are also well known. England gave the world, and particularly the countries that were once part of its huge empire, four great sports: soccer, rugby, cricket and tennis. Today, it finds itself without any winners in those sports, and well down on the international list of rankings. And why do teams in all sports at every level that have dominated for so long start a long decline at a certain point and new teams rise and spend a generation at the top before also declining?

In the diamond business, too, companies rise and fall. And the role of national diamond industries also undergoes change. Countries that once led the way in diamond polishing, such as Israel and Belgium, are now trading centers whose manufacturing facilities have largely disappeared. In their place, over the past generation or so, manufacturing industries have grown in low-cost labor centers such as Thailand, India, China and Vietnam. But as costs rise in those countries, too, where will manufacturers move their operations? Could Cambodia, Laos and Mongolia be next?

Meanwhile, African countries, for so long regarded as simply a source of rough diamonds, have been able, in less than a decade, to leverage their resource base to force foreign diamond manufacturers to establish plants in their countries in order to guarantee supplies of rough goods. Most recently, Botswana was able to twist the arm of mining giant De Beers, insisting that the firm moves its sorting and aggregation activities to Gaborone from London, where it has been based for generations. Is this a tipping point? Has the polarity of the diamond business shifted from north to south?

From its own more narrow perspective, De Beers does appear to have passed a tipping point. Where the company accounted, just 20 years ago, for more than 80 percent of global rough output, that figure has fallen, according to the company, to about 38 percent. Unable to afford the large-scale investments needed to lengthen the lifespan of its smaller mines, it sold them off to junior miners. The first and most famous diamond miner has been overtaken in volume terms by Russia's Alrosa. A diamond may be forever, but staying top of the pack is only ever a temporary phenomenon.

Perhaps the most intriguing tipping point in the diamond jewelry industry currently, one that began just three years ago with the onset of the global financial crisis, is the way the United States is losing its position as the world's largest market. The U.S. market has been the most important since at least the end of the Second World War, and is still the largest. Accounting for at least 50 percent of all jewelry sold, the industry, along with other retail sectors, benefited from the American consumer's predisposition to spend.

But the United States has been hit by a double blow as its economy suffered the deepest financial crisis for 80 years and China's economy has burst forward over the past decade to build up a huge reservoir of wealth while also developing a growing love of diamond jewelry. Have we seen the end of Pax-Americana and passed on to the Chinese century? The economy of the eastern giant, it is estimated, will surpass that of the United States in two decades or less.

It has long been fashionable to quote former U.S. President Benjamin Franklin as saying that nothing is certain in life except for death and taxes. Perhaps the time has come to add the word “change” to that cliché. 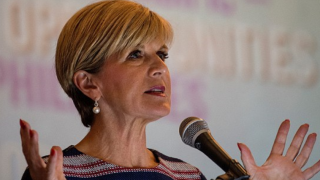 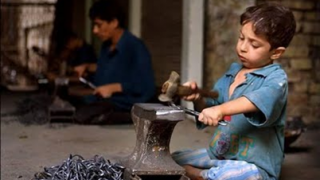 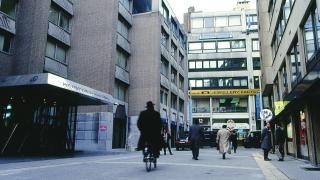