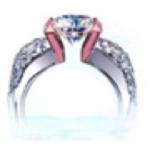 Triple ideal cut and guaranteed with an AGS rating to prove it, the Sanibel Diamond is only available as a round brilliant cut. From the crown of the diamond, you will see a starburst formation of arrows; from the pavillion, you'll see 8 flawless hearts. Each diamond jewelry design is hand crafted to precisely match the choice of a Sanibel Diamond. Dispensing with prongs, channels, bezels, a tension setting is a miniaturized compression design so enduring it can last for centuries. 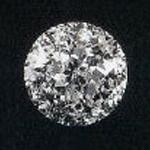 Master cutter Gabriel Tolkowsky‚ nephew of Marcel Tolkowsky‚ the man who designed the modern round brilliant cut more than 80 years ago‚ now has more than 50 diamond designs to his own credit. Among them: the Flower Cuts‚ the Gabrielle‚ the Eternal and the Lotus. His latest is the Savannah Cut a tribute to the glass dome structure of the Lucas Theatre in Savannah‚ Georgia‚ a city for which Tolkowsky has a special fondness. The Savannah‚ created in 1999‚ is the first diamond shape to be named after a city. 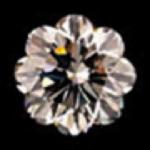 The Scallop cut looks more like a flower shape (with 8 petals) than a scallop. The Sunflower is almost identical to the Scallop - only in yellow. Distinctive flower around the culet. The cut is a scalloped edged modified round diamond. Patented. Softer and more feminine than the traditional round, the shape works beautifully for necklaces, pendants, rings, bracelets, and earrings. 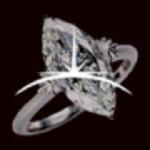 Luxury branded pearshape and marquise diamonds. Ionization on the table of the diamonds. Set in jewelry. Monaco based jeweler. Sold in Monaco, Dubai and Japan set in jewelry at high end retailers. Marketing program with celebrities. 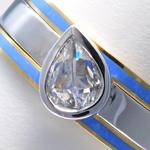 A new cut by Gabi Tolkowsky appears was described as “predestined to drive up demand for smaller and flat, even diamonds into new spheres”. Introduced in 2008 at Inhorgenta Jewelry Trade Show, in Munich, the Sea Shell Cut lends brilliance and depth to very flat diamonds. During a summer course, in 2007, Tolkowsky told students at the GIA that his next project would be to cut the Seashell Collection, a group of included diamonds. He said that this would be an attempt to enhance the stones' natural features instead of cutting to eliminate them. He said his success will prove his belief that nature is beautiful, since inclusions are part of nature. 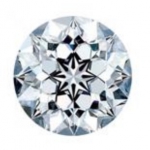 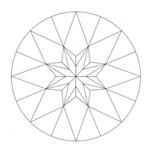 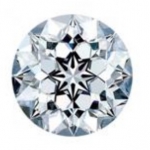 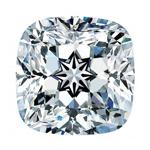 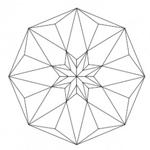