Following on from the policy of the International Colored Gemstone Association (ICA) to encourage younger members of the international colored gemstone industry to join its ranks by reducing membership fees, the organization has announced that it will be taking further steps to develop a new, younger generation of members.

The ICA said the new initiative is part of its overall plans to bring in younger people involved in the business to participate in international events, including the ICA Congress which is held every two years.

"We regard it as very important that we encourage the younger generation of gemstone professionals to attend the Congress and other international events related to the colored gemstone business," said ICA President Benjamin Hackman. "We want to see as many younger members as possible attend the Congress and become involved in the organization's activities.

"We have many excellent younger members, and we want them to see more clearly what is involved in the ICA's work and to take part in the development of the international colored gemstone industry. As a result, the ICA's Board of Directors agreed at its meeting at the Tucson gem fair in early February to further subsidize the next gems and jewelry generation by lowering the cost of registration for the Congress," he added.

The ICA Congress will be held from May 16 to 19 in the Sri Lankan capital of Colombo. More than 400 ICA delegates from around the world are due to participate in the ICA's 16th Congress to be held at the Cinnamon Grand Hotel in Colombo.

"The Congress and other ICA events are an opportunity for industry leaders in the gemstone and jewelry field to come together to gain knowledge about the latest developments in gemstones, see presentations by industry experts on the latest trends and network with colleagues from across the globe," Hackman said.

The 2015 Congress will also feature a gem trade show with more than 50 companies, carefully chosen by an expert selection panel, and showcase a spectacular range of loose gemstones and gemstone-set jewelry.

ABOUT THE ICA: The International Colored Gemstone Association (ICA), a non-profit organization, is the only worldwide body specifically created to benefit the global colored gemstone industry. ICA was founded in 1984 and is now comprised of over 600 gemstone dealers, cutters, and miners from 47 countries who are devoted to advancing and promoting the knowledge and appreciation of colored gemstones. 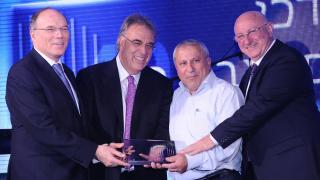 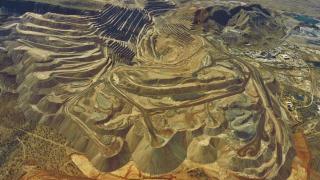