Rio Tinto may pull out of the diamond business, while Dominion already owns 40 percent of Diavik, in Canada's Northwest Territories.

"I think we have certainly got the head room to undertake a transaction with Rio on Diavik, should that be available at the right price," Gannicott said on a conference call with analysts and investors about its financial results.

He made the comments in response to a question about whether Dominion had the wherewithal to buy Rio's 60-percent share in the mine.

Dominion agreed in January to sell its luxury jewelry business to Switzerland's Swatch Group for around $1 billion and to focus on mining, as well as changing its name to Dominion Diamond.

The increase in sales resulted from a 49 percent increase in volume of carats sold during the year, offset by a 20 percent decrease in achieved rough diamond prices.

The 49 percent increase in the quantity of carats sold was primarily the result of the decision by the company to hold back some lower priced goods at October 31, 2011 due to an oversupply in the market at that time and the subsequent sale of almost all of these lower priced carryover goods during fiscal 2013.

For the fourth quarter ending January 31, the firm posted an 8-percent rise on the year in diamond sales to $110.1 million. The increase in sales resulted from an 11 percent increase in achieved rough diamond prices due to an improved sales mix, partially offset by a 3-percent decrease in volume of carats sold during the quarter.

The company had 500,000 carats of rough diamond inventory with an estimated current market value of approximately $65 million at January 31, of which approximately $25 million represents was available for sale, with the remaining US$40 million still being sorted.

Dominion said that during the fourth quarter of fiscal 2013, the retail jewelry market improved in almost all areas, led by Diwali and the wedding season in India, followed closely by a positive U.S. year-end holiday season and improved consumer demand in China, which regained momentum in advance of the Lunar New Year.

A new mine plan and budget for calendar 2013 calls for Diavik diamond mine production of approximately six million carats from the mining and processing of approximately 1.6 million tonnes of ore with a further 200,000 tonnes processed from stockpile ore.

Gannicott said: "The last year, and this first quarter, has been a time of great positive change for the company, including changing its very identity to "Dominion Diamond Corporation". This change reflects a focus on the production, sorting and sale of diamonds from Northern Canada, a region that we know and understand well." 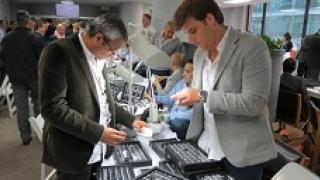 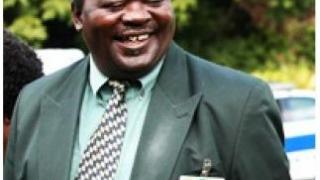